A statistical profile of incarcerated parents 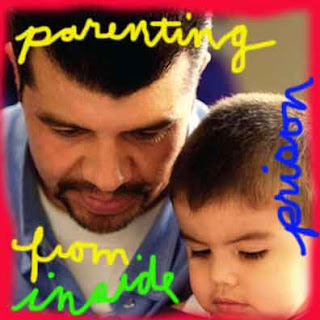 The most comprehensive source of statistics on children of incarcerated parents in the United States is the Survey of Inmates in State and Federal Correctional Facilities, designed by the Bureau of Justice Statistics and conducted by the Bureau of the Census from June through October, 1997.


This survey consists of personal interviews with a representative sample of the 1.3 million individuals housed in state and federal prisons. Researchers gathered a range of information on 12,663 prisoners,including their family background and status. Women made up 20 percent of the sample, although they account for only six percent of the prison population nationally. The ethnic mix of the sample was representative of the prison population at that time; 50 percent African-American, 35 percent Caucasian and 17 percent Hispanic.

The survey results illustrate inmates’ pre-prison domestic arrangements and provide insight into their parental roles and family relationships before and during incarceration. Most importantly, the numbers tell us that parenthood is a reality for most incarcerated adults,male and female. The numbers also reveal that the image of the traditional nuclear family does not represent the experience of most parents in prison. Three in four parents were divorced or unmarried. Most mothers,but fewer than half of fathers, in state prisons had one or more of their children living with them at the time of their arrest. Nearly one third of women and four percent of men were single parents living alone with their children. Studies of parents in prison show that before going to prison, some parents have all or some of their children living with them; while, some have none. In addition,children in the same family may have different mothers or fathers.

2. In another study, mothers who did not live with their teenage daughters before incarceration rated their relationships with their daughters as very good or excellent.

3. When mothers are incarcerated, their children are most often cared for by grandparents or other relatives. The majority of fathers indicate, however,that their children are cared for by the child’s other parent. About two percent of fathers and 10 percent of mothers indicate that they have children in foster care. The number may be higher as many incarcerated parents do not have up-to-date information on their children or do not view state sponsored kinship care as a form of foster care.
Posted by Unknown at 4:58 PM