Parenting Programs For Prisoners to Expand 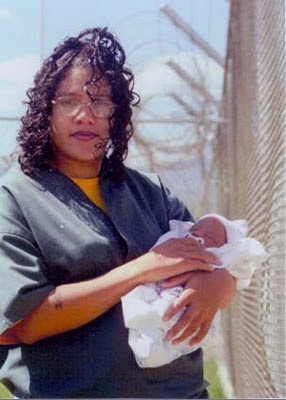 JEFFERSON CITY - Parenting Corners offer advice and information to parents in prison. Access points will be placed in the visiting areas of 21 prisons throughout the state.

The program aims to help offenders remain or become connected to their children and families throughout their time in prison. It's about rehabilitating offenders, not just as citizens, but as parents.

The corners are to be stocked with research based pamphlets that cover nine different topics that can relate to both the parent and child. The themes include, basic child development, legal, education, substance abuse prevention, mental health, exercise and nutrition, safety,and special populations.

The program hopes to help parents transition as they come into the prison system, and as they are released. "Just because I'm in prison doesn't mean I'm not still a father or not still a mother," ParentLink Carol Mertensmeyer said. "They still take that role very seriously."

Children whose parents are imprisoned are seven times for likely to enter into the prison system. They often suffer emotionally and physically, children mourn the loss of their parent. "We know how important it is to have those adults in our lives, and then just poof, you know, just coldly," Mertensmeyer said. "You know, they're gone and it's traumatic."

ParentLink believes the corners will ease the trauma of losing a parent, and end the cycle of incarceration. "It's important for any child to know that their parent is thinking of them, and caring about them, and establishing that relationship. Even if it's for the first time," said Meg Roohouse, avtivity coordinator.

And with more than 95 percent of offenders released from prison, it's important to prepare parents for rentry into their community and a reunion with their family.

"Maybe parents made some mistakes, and hopefully that parent has figured out what those mistakes were while incarcerated, so they can go out and give their child a happy life," said Veronica Stuvall, awareness project manager.

There are currently two prisons with parenting corners at a men's and a women's correction facilities. The programs were met with warm welcomes and great appreciation from inmates and officers. After such a success, the director of the Missouri Department of Corrections, George Lombardi and ParnetLink worked together expand the program.

The Missouri Department of Corrections hopes to see parenting corners in every correctional and parole facility in the state.

ParentLink is affiliated with the University of Missouri, but receive funding from grants. 'The Parenting Corner' is also funded by grants and is being build by inmates from the Northeast Correctional Center in Bowling Green.

ParentLink offers a wide variety of services for parents and families throughout Missouri.

Visit ParentLink's website to see all of the services they provide http://education.missouri.edu/orgs/parentlink/