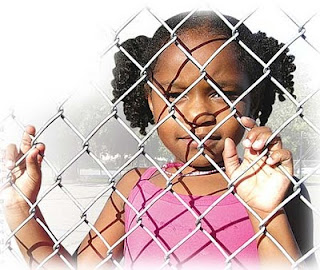 An examination of the 1997 survey data on state prisoners indicates that most children’s contact with their parents in prison is irregular or nonexistent.
Since being admitted to prison, more than half of parents with minor children had never seen any of their children.

Gender and ethnicity are associated with the likelihood that incarcerated parents will maintain contact.

It is likely that the number of children who had not seen their parents since they entered prison is higher than this number reflects. This is because parents provided information for at least one of their children, but not necessarily for all of them. Since many parents with two or more children had different levels of contact with them prior to imprisonment, these different patterns might continue during incarceration. Prison rules and restrictions, the distances involved, increased family tensions and the effects of stigma all hamper the communication between incarcerated parents and their children.