Released from prison, many former Indiana offenders struggle to start their lives over 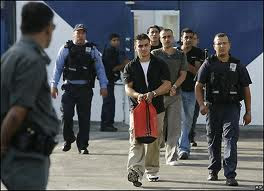 MUNCIE, Ind. — On the day the prison gates open allowing a former offender to begin his or her life over, many genuinely believe they will never, ever return to the correctional institutions that had been their home for months or years. That's easier said than done. "You can't find a job. You have a hard time finding a place to live. You don't trust anyone. All you have are the people you were hanging around with before and your demons. For me, that's alcohol, drugs and women," said Donald Thompkins, an ex-offender living in Muncie. "You have to find something to give you hope. Something that will help you change your environment." For Thompkins, that release has been his art, a talent he realized he had when he was young. But he understands not everyone leaving prison knows they have a value for something other than a life of crime. Each year, slightly more than 200 former offenders are released from the Indiana Department of Correction to return to Delaware County. On average, close to 900 of the county's residents at any given time are ex-offenders, a large number of whom have been convicted for drug-related crimes. Most of them return to a correctional facility within three years, according to state and national data, shocked their promise never to return has dissolved. The After Doing A Prison Term, or ADAPT, program in Muncie attempts to break the prison cycle by providing these men and women with resources they need to make a life for themselves outside of a state institution. Associated with the Muncie Alliance for the Prevention of Self-Abuse, the ADAPT project uses tough love techniques to educate ex-offenders about their value and the need to create a new environment for themselves if they hope to stay out of prison. The idea came to H. Royce Mitchell, bishop at Deliverance Temple church, in the 1980s when he began doing prison ministry and realized he was seeing some of the same men year after year. "When you'd speak to them, they first saw themselves as the victim. They had a hard time taking responsibility for their actions," Mitchell said. "But then there was some truth to what they're saying. Some employers weren't open to hiring them and they had a lot of time on their hands with nothing to do." Myra Hatfield left Rockville Prison in October 2009 and spent months without a job. The recession played a role in her struggles, she said, but she couldn't find someone "to give me a chance." "I know I'm really good at administrative work. I know I am," she said, through tears. "I made some mistakes, but I want to give back to society, to other people needing help when they leave prison, who want to stop drinking and doing drugs. I just can't get a chance." The ADAPT program keeps a list of "felony friendly employees," local business owners and nonprofit organization that will work with ex-offenders. They also encourage program participants to return to school to gain the skills needed in the 21st century workplace. Thompkins, who has been to prison three times and to jail "more times than I can count," plans to enroll in Ivy Tech Community College in January. He's been performing odd jobs since leaving Putnamville Correctional Facility on 2008. He's found his art — especially sculptures and carvings — have given him the chance to release his anger. The ADAPT program has assisted in growing his interests, as has the 12-step programs that have kept him clean and sober "and out of prison," he said. "But sometimes I wonder how long I should pay my debt to society," he said. "I wonder when I will actually become a member society, ready to participate in a community. I've made mistakes, I know that, and I've paid my debt. But I'm ready to change. I just need society to let me do so." ___ Information from: The Star Press, http://www.thestarpress.com
Posted by Unknown at 10:44 AM