Man cleared of murder, freed after 19 years in prison 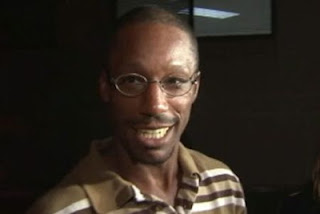 A former gang member sentenced to life in prison for a murder he didn't commit walked out of prison Monday after 19 years, reports NBC Los Angeles. John Edward Smith, now 37, had always maintained his innocence in the drive-by killing, but it wasn't until advocacy group Innocence Matters took up his case in 2009 that things began to change. Turns out, the sole witness whose testimony convicted Smith admits he lied under police pressure. Smith, who is black, was at his grandmother's house when the killing took place. "I had days when I was really frustrated, but I knew I couldn't stop," Smith told the Los Angeles Times, adding that he was dazzled by the lights of downtown. The LAT adds this odd footnote: Smith's exoneration took place just before singer Chris Brown's probation hearing, so the celeb himself happened to be in the courtroom. He applauded along with Smith's family when the judge delivered the good news. Newser FACTS & FIGURES The United States has the highest documented incarceration rate in the world, at 743 per 100,000 people. U.S. Bureau of Justice Statistics Historically, the current U.S. incarceration rate is comparable to the record-high Soviet Union's levels before World War II. The Soviet Union's incarceration rates from 1934 to 1953 were historically the world's highest for a modern age country. U.S. Bureau of Justice Statistics However, the U.S. total population incarcerated, on probation or parole, dwarfs that of the former Soviet Union at a staggering total of over 7 million. That amounts to over 2,000 citizens per 100,000 under supervision by the prison system. The Gulag Archipelago Throughout the United States, African-Americans and other racial minorities are systematically excluded from capital juries that typically make sentencing decisions, even in communities with substantial minority populations. USHRN According to a report published by Amnesty International, one in five of African-Americans executed in the modern era were convicted by an all-white jury. Ninety percent of these cases involved victims who were white. USHRN According to the U.S. Bureau of Justice Statistics blacks accounted for 39.4% of the total prison and jail population in 2009.
Posted by Unknown at 10:12 AM