Jennifer Hudson on family’s murderer: “It’s not his fault” 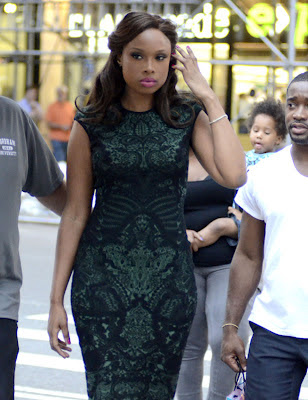 Proving that she’s a stronger and better than person than most, Jennifer Hudson has revealed that doesn’t blame the man who murdered three members of her family. In a new interview with Oprah Winfrey, Jennifer has spoken about her brother-in-law William Balfour who in July this year was sentenced to three consecutive life terms in prison for the murder of Jennifer’s mother, brother and her 7-year-old nephew. “I'm not letting him off the hook for anything,” she explains, “I feel like, for the most part, it's not his fault. It's what he was taught. How was brought up. “We tried to offer love, but he was so far gone, he couldn't even see that. A lot of things came out [during the trial] that we didn't even know about from his upbringing. . . He never had a chance. He never had a chance,” Jennifer continued. The singer and actress then went on to suggest that had Balfour had a better upbringing he might not have done what he did, “Had he had the love that my mother gave us, or the background that some have, then he would have stood a chance. How could your heart not go out to that?,” Jennifer concludes. We can only marvel at the level of compassion Jennifer has shown. And if that’s not heartbreaking enough, Jen has also reveled that now Balfour has been sent to jail she can finally visit the graves of her family, who were murdered on 24 October 2008, “I haven't been to the grave site since we buried them, but now I want to go because I feel like, ‘Okay, we've accomplished this. We've done this. We got justice for you. We can't come back here empty handed. So now I feel like I deserve to be able to see them.” Excuse us while we go have a little cry at just how brave Jennifer is.
Posted by Unknown at 10:19 AM